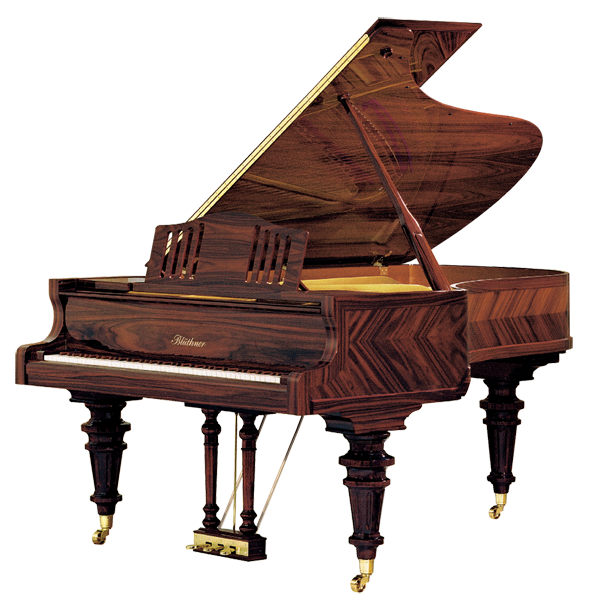 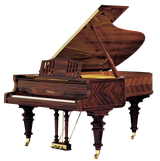 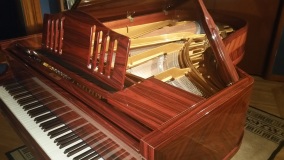 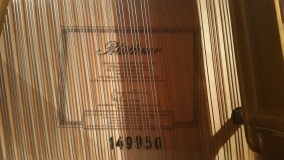 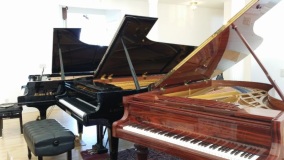 One owner, custom designed and special ordered direct from Leipzig, Germany in 1998 showcased in a humidity controlled private collector’s home.

Comparable instruments – unable to locate another Rosewood Ambassador II in the US.

When you play this instrument a completely new world will open up to you. This instrument will capture your imagination and inspire you with its powerful dynamics and clear tone, allowing for complete freedom of interpretation.  It is well suited to solo recitals or as the perfect compliment to a chamber orchestra.

Known as one of the Big 4 Piano Companies (Steinway, C Bechstien & Bosendorfer)

Follow a successful company history that, at the same time, is also a family history.

In the middle of the 19th century, the city of Leipzig was one of the cultural centres at the heart of Europe equal to Paris, London or Vienna. The enlight­ened and affluent middle-class of Leipzig was very ambitious, self-confident and open-minded, and the city itself was already well known for its international trade and its university. Changing social conditions due to the industrial revolution meant that scientific and cultural education was no longer reserved for the aristocracy. The people of Leipzig prospered. It permitted the city to maintain the University, the St. Thomas Choir, the Opera, the Gewandhaus Orchestra and the Academy of Music, founded in 1843 by Felix Mendelssohn-Bartholdy. The Blüthner family was part of the musical tradition of the city and inspired by the entrepreneurial spirit in Leipzig.

These were convincing reasons for Julius Blüthner to open his piano factory, which became a highly successful enterprise. On 18th November 1853, having acquired a sound knowledge of piano-making, Julius Blüthner started his pianoforte factory. The Blüthner instruments achieved acclaim and rose to prominence amongst the myriad of competitive piano makers of the day remarkably quickly. Julius innovations set his instruments apart, and his theoretical drawings were published and studied by countless piano building masters throughout Germany.

Soon the instruments captured the attention of experts, top pianists and musical authorities. Blüthner pianos won top prizes at world exhibitions around the globe, including the Philadelphia World's Fair in 1876 where Julius remarkable 4th string Aliquot design won a gold medal and would influence the Golden Tone of Blüthner pianos evermore.